The lifetime achievements of

The Pahl Peace Prize symbolizes the lifetime achievements of Mr. Jochem O.W. Pahl. He was always striving to make a difference – for humanity and world peace. During his world-wide travels, he had seen much misfortune, motivating him to contribute to a better world during his lifetime: “Every human, regardless of race, color, religion or education has a right to appreciation and esteem.” He bequeathed his whole estate to the Foundation and instructed in his will the Pahl Peace Prize to honor and support individuals who have contributed to world peace in an extraordinary manner.

Every human, regardless of race, color, religion or education has a
right to appreciation and esteem.

The Foundation’s founder comes from a family of farmers. His parents were faced with many hardships and were even expropriated twice: For the first time after WW II, as they were cast out of Western Pomerania, now Poland, and for the second time as the communist regime confiscated their farming land in Mecklenburg Western Pomerania. In 1947 Jochem O.W. Pahl was born. When he turned 12 years old he fled the former GDR together with his parents to the West and lived in various reception camps for one year. At last his father, Gerhard Pahl, found employment and lodging in Leverkusen. Jochem started attending secondary school in Cologne and graduated in 1967 with the Abitur qualification. Two years prior his father passed away at only 56 years old.

Due to these circumstances, Jochem had to assume responsibility at a young age. While still attending school, he worked part time jobs to support his mother Elfriede and the family financially. After he graduated secondary school, Jochem O.W. Pahl started to study law. To finance his studies, he worked as a city guide in the city of Cologne. Later he attended to travel groups for a well-known travel agent in all of Europe, the US and Asia. Due to his passion for travel he founded his own company in 1978: Continental Tours. He started organizing travel tours as a self-employed businessman. The company started gaining momentum after an old friend and economist took over the administration.

The final step to success came through a change in the business strategy: Instead of offering travel tours from Europe to the US, he changed directions and offered group travel tours for Americans to the Oberammergau Passion Games. In addition to the festival tours, the satisfied customers started booking further tours throughout Europe, bringing economic success for the company.

Only late in his life he found the love of his life. At the age of 61 he wed his wife Dr. Nino Pahl-Nioradze. Unfortunately, he was not meant to experience his ten year anniversary. On 31 July 2018, Jochem O.W. Pahl passed away from the consequences of a stroke.

In his will he decided that after his passing his foundation shall serve a charitable cause. He bequeathed his whole estate to this foundation. 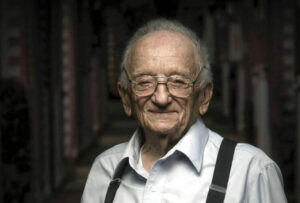