In 2021, the Pahl Peace Prize will be awarded for the first time to the US-American lawyer Benjamin Ferencz, who has spent his lifetime campaigning against war, for peace and for justice. The Peace Prize is intended to honour Ben Ferencz for his lifelong commitment to peace.

It does not matter if someone is black or white, Jewish or Catholic. What counts is that they are human should be treated as such.

In 1920, as the son of Jewish parents, Benjamin Ferencz was born in Hungarian Transylvania. His family emigrated to Brooklyn, USA, when he was ten months old and lived in impoverished conditions. Benjamin Ferencz attended the Townsend Harris High School for gifted boys, studied at the City College of New York and graduated from Harvard Law School in 1943. In 1944, Ferencz came to Europe as a common soldier and was confronted with National Socialist crimes in Germany. In his capacity as a soldier he collected evidence of the crimes committed by the National Socialists.

At the age of 27, Ferencz represented the prosecution against the members of the SS task force who had killed hundreds of Jews, Sinti and Roma. In September 1947, he made his first plea in Nuremberg, stating, “This was the tragic result of a program of intolerance and arrogance. Retribution is not our objective.” Benjamin Ferencz emphasizes that conviction to this day, more than 70 years after his plea in the world’s biggest murder trial of all time, “Because retribution does not bring peace.”

Ferencz successfully closed the task force case in 1948. He lived in Europe for 10 years with his wife, Gertrud, and their four kids, all of whom were born in Nuremberg. Ferencz negotiated the return of Jewish property and the compensation policy of the Federal Republic of Germany.

In 1970, moved by the atrocities of the Vietnam War, he dedicated himself to world peace. His efforts to prevent armed conflicts were ineffective at first. After the Cold War ended, however, his endeavor was rewarded, and the International Criminal Court of The Hague was established.

To this day, Ferencz actively pursues an ideal world, in which justice and law prevent wars from happening. “War crimes are still being committed in this world. War is a crime against humanity and should be seen as such everywhere. It is not a German invention. All countries in the world have committed this crime. High time to end it.”

Despite everything, Benjamin Ferencz strongly believes in a future without war. He believes the circle of violence may yet be broken. The Nuremberg Trials were a historical breakthrough, but more progress must be made. He wants to sensitize future generations to learn from history and to actively engage in achieving peace.

“It does not matter if someone is black or white, Jewish or Catholic. What counts is that they are human and should be treated as such. This is my message. We need to change the ones governing our world in a way that the ones who do not have a human world view or are not prepared to protect humanity are voted out of office. I am one hundred years old and do not know how much longer I can continue. I am handing over to the young people to create a humane and peaceful world.”

The Pahl Peace Prize, awarded for the first time in 2021, shall honor Mr. Benjamin Ferencz for his lifelong commitment to peace and justice.

In the will of 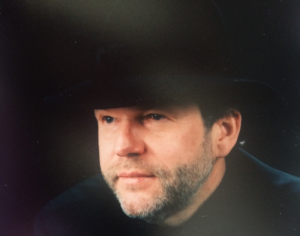